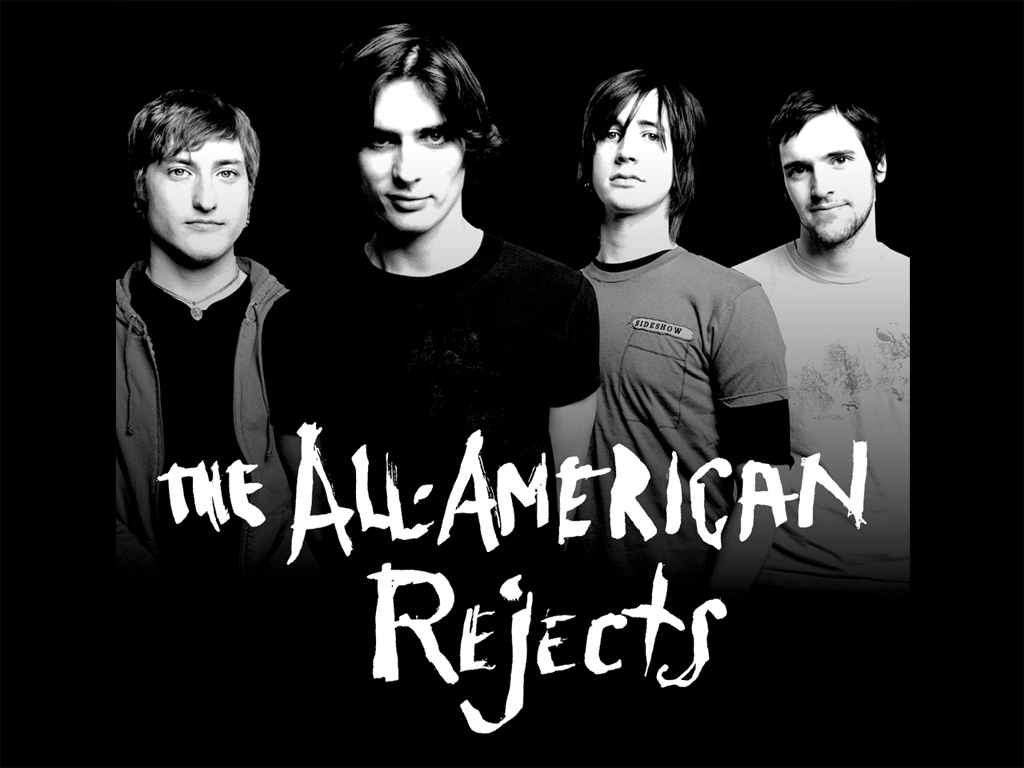 Blessed with a great name, underrated talent, and the good fortune to enter the musical world at the height of the teen emo-pop surge, The All-American Rejects quickly became one of the most popular bands of their ilk in the early 2000s.  They had all the requisite ingredients for immediate success—a model frontman who drove girls crazy, appropriately melodramatic (and occasionally impactful) lyrics, and enough drive in the songs to keep your toes tapping—and, so far, the maturity to remain intact a decade later.

Dropping just one year after Jimmy Eat World’s breakthrough emo album Bleed American, the Rejects’ debut churned up the formula of Bleed tracks ‘A Praise Chorus” and “Sweetness” into something even louder and denser.  Whereas many such bands start out minimalistic and introduce additional musical elements later on, the Rejects were ready from day one to use every tool they could think of to milk the drama in their songs—which meant a lot of strings, pianos, falsettos, anything that might make the girls swoon.

That accepted lack of coolness distinguished them from snarkier, punkier, and edgier predecessors like Blink-182 and Green Day.  Yet, underneath all the romanticism, the songs were played as powerful rock—a yin-yang counterbalance that might intrigue the guys out there and effectively grounded the mournful themes.  That, of course, was the definitive tension within original ‘emo’ music—thoughts that might be considered personal, painful, or even feminine, backed up by propulsive rock.  AAR, of course, doesn’t possess the punk ferocity or lyrical ingenuity of emo’s originators Rites of Spring, but they’re cut from the same cloth—merely a couple notches away from the extreme end of the spectrum and closer to the mainstream middle.

In that sphere, you need to have some combination of melody, fun, and style on your side, and AAR has all of those in spades.  “Don’t Leave Me” is a catchier version of the Goo Goo Dolls’ “Amigone,” and the clattering guitars of “The Last Song” explode with energy.  “Swing Swing,” with its thundering bass line and infectious chorus, became their first hit single, and in the process immediately revealed Tyson’s predilection for making his lyrics darker than the music.  This may sound like a sexy summer ditty, but he warns, “Do you know what it feels like being alone / I’ll find someone new.”

Overall, All-American Rejects has no overt dead spots, but it lacks color, the lyrics are uneven (these boys were only 20, after all), and they get a lot of mileage out of fairly flat melodies.  Those problems wash away on 2005’s follow-up Move Along, which diversified their musical palette and catapulted them into the big leagues with three huge hits.  Here, the Rejects make their sound warmer and more euphonious—it all goes down like a shot of Grey Goose, with the debut’s occasionally brittle guitars now required merely to provide texture underneath Tyson’s improved melodies and expansive vocals (see any of the excellent songs “Move Along,” “Change Your Mind,” and “Dance Inside”).

He wasn’t kidding about the album title, either, making it clear that he’s content with a recently failed relationship.  On “It Ends Tonight,” he observes, “A little insight won’t make this right,” while on “Straitjacket Feeling,” he boasts that he’s doing just fine without her, thank you very much.  “Straitjacket” is a little soft, but the hard-edged, cathartic “I’m Waiting” changes the tempo but not the message, featuring the command, “When you walk, don’t leave a note / Just put your hands on the back door.”

In the process of moving on, Tyson’s clearly having more fun—and so are we.  There’s a reason AAR always open concerts with “Dirty Little Secret”; if it doesn’t make you want to grab someone of whatever sex you’re attracted to, you might not have a pulse.  Similarly, “Dance Inside” is a heavenly little number about getting all tangled up with someone hot on the dance floor (“Each touch belongs to each new sound”), and let’s be honest, you can’t possibly have too many songs about that.

By this point, the Rejects had hit their groove, and not even the dreaded Slow Album Closer could hurt them (too much).  For album #3, they chose to make their most heavily processed work—the rawness of the debut long gone—but largely stuck with their winning formula.

2008’s When the World Comes Down proffered ‘Gives You Hell’ as the top single, which, a la “Swing Swing,” eventually hits lift-off after a slow start.  Even better is the sticky-sweet sexiness of lead-off track “I Wanna.”  And, thankfully, the Rejects resist contemporary uber-sexuality and crassness even on their bedroom songs; they’re just having fun, and when Tyson changes one word of the line ‘I wanna touch you’ in concert, it’s pretty damn convincing.

The Rejects also make smart decisions, notably the inclusion of “Mona Lisa” in the middle of WTWCD; it breaks up the flow of the other electric guitar rockers, but even this unassuming little number is about your last days on Earth.  While World, like all Rejects’ albums, has shockingly little filler, it’s their least melodic work overall, and the second half is the most forgettable stretch of their career.  On a couple songs (‘Real World’ and ‘Believe’ notably), the lack of distinctive songwriting makes the formula start to sound a little stale.

All of which marks the success of 2012’s Kids in the Street, their fourth record, as rather shocking.  Before its release, Tyson and these Oklahoma boys decamped to good ol’ Los Angeles, where, by all accounts, they buried themselves in all those time-honored rock ’n’ roll pleasures that mess with the mind and body.  That didn’t exactly turn AAR into angry punk rockers or anything, but it did produce their toughest song to date—the ferocious Kids opener “Someday’s Gone.”  As always, AAR retains its sunny-day appeal, but there’s an ominous undercurrent here that’s new for them, Tyson’s persona conveying itself as even darker.  As the band mutes those piercing guitars and fore-grounds the head-pounding drums, Tyson’s soaring vocals chew out an ex: “You walk into a room and you’ve fucked everyone / You walk into a room and so what, everyone already knows / My someday’s gone.”

It’s a terrific start, one of AAR’s all-time best songs—and has virtually nothing to do with the rest of the album.  Unlike World, Kids is a melodic, mellow slow-burn, full of contented, mid-tempo tunes on which it does not sound like everything is falling apart–right after you finish the first track.  This distinction allows you to enjoy the simple pleasures of tracks like “Beekeeper’s Daughter” or “Fast & Slow” without feeling like everything is a therapy session.

Yet Kids still has a theme running underneath it.  On the first two tracks, Tyson’s lyrics—which keep steadily improving as he gets older—portray a protagonist eager to move on from an ex and do his own thing.  Then, his attitude turns more somber, as though he’s realized that the single life isn’t quite what he wanted.  To that end, tracks like “Heartbeat Slowing Down,” “Out the Door,” “Affection,” and “I For You” are pretty and regretful—if less apocalyptic—laments from someone who wants back the girl who’s clearly done with him.

As Allmusic wrote, AAR have now become a “cleanly efficient machine churning out catchy, insistent pop,” and maybe the intensity of their younger days is gone for good.  While that may be discouraging in a way, the band has also become a group of overachievers—their songs continually affect you more than you think they should.  And Kids is no different, with the patient slow-burns of the title track and “Gonzo” resonating particularly strongly. “Out the Door” might even replace “It Ends Tonight” as the next ideal slow-grind concert sing-along.  The jury’s out on whether L.A. really did mature Tyson, but there’s one thing you have to give them—you always know they believe what they’re saying.  And if Tyson doesn’t lose himself so much that he forgets where the melodies are, that will do just fine.