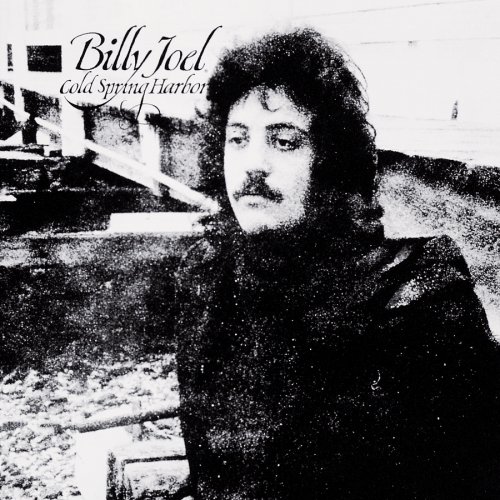 Though it’s not a very good album, Billy Joel’s 1973 pre-major label album (*) is intensely prophetic. It signals, in some way or another, every one of Joel’s strengths and weaknesses. You’ll never revisit more than a few of these tracks, but it provides a meaningful look into the development of one of America’s great music-makers.

(*) I think Cold Spring Harbor — though it’s his first solo album — works best when considered a precursor to his solo career instead of an actual debut. Piano Man, his next album and first major-label project, serves functionally as a debut.

Surely the first thing you’ll notice about Cold Spring Harbor is the faulty speeding, which not only shortens the song but raises the pitch up a few steps. The whole album has a “chipmunk” effect and a very flat sound. The album suffers as a result; the sound lacks richness and warmth that would be apparent in later recordings of these compositions.

Next, the production on these tracks is much more sparse than any of his other albums. A few tracks have some guitar or strings thrown in, but the majority of these songs are little more than piano, vocals, and a little bit of percussion.

Despite these unique properties, Harbor will be pretty recognizable to anyone familiar with Joel. Here are a few traits the album highlights:

Ah, they all want your white body
And they await your reply
Ah, but between you and me and the Staten Island Ferry
So do I

Much in the same way as it shows his strengths, Cold Spring Harbor also transmits a few of Joel’s recurring weaknesses:

Billy Joel’s album is probably worth a free listen if you find some place streaming it or a friend who has the disc, but don’t bother paying for it. Just download “You Can Make Me Free,” “Everybody Loves You Now” and “Tomorrow Is Today” to get the highlights — the latter only for the bellowing breakdown in the final 20 seconds.

4 thoughts on “Billy Joel – Cold Spring Harbor (1973): So I listen for an answer, but the feeling seems to stay”